Planned in December 2014 and first released in January 2015, gitlab-ag is a project that aims to enhance GitLab, an open-source GitHub-like system, for educational use. The primary goal is to facilitate batch operations on GitLab and integrate automated grading mechanism, thereby replacing the AutoGrader system used in the past. It runs as a standalone website that manipulates GitLab API.

gitlab-ag is built on top of PHP 5.5 with no framework involved. Some auto-grading delegates are written in Python 3k. 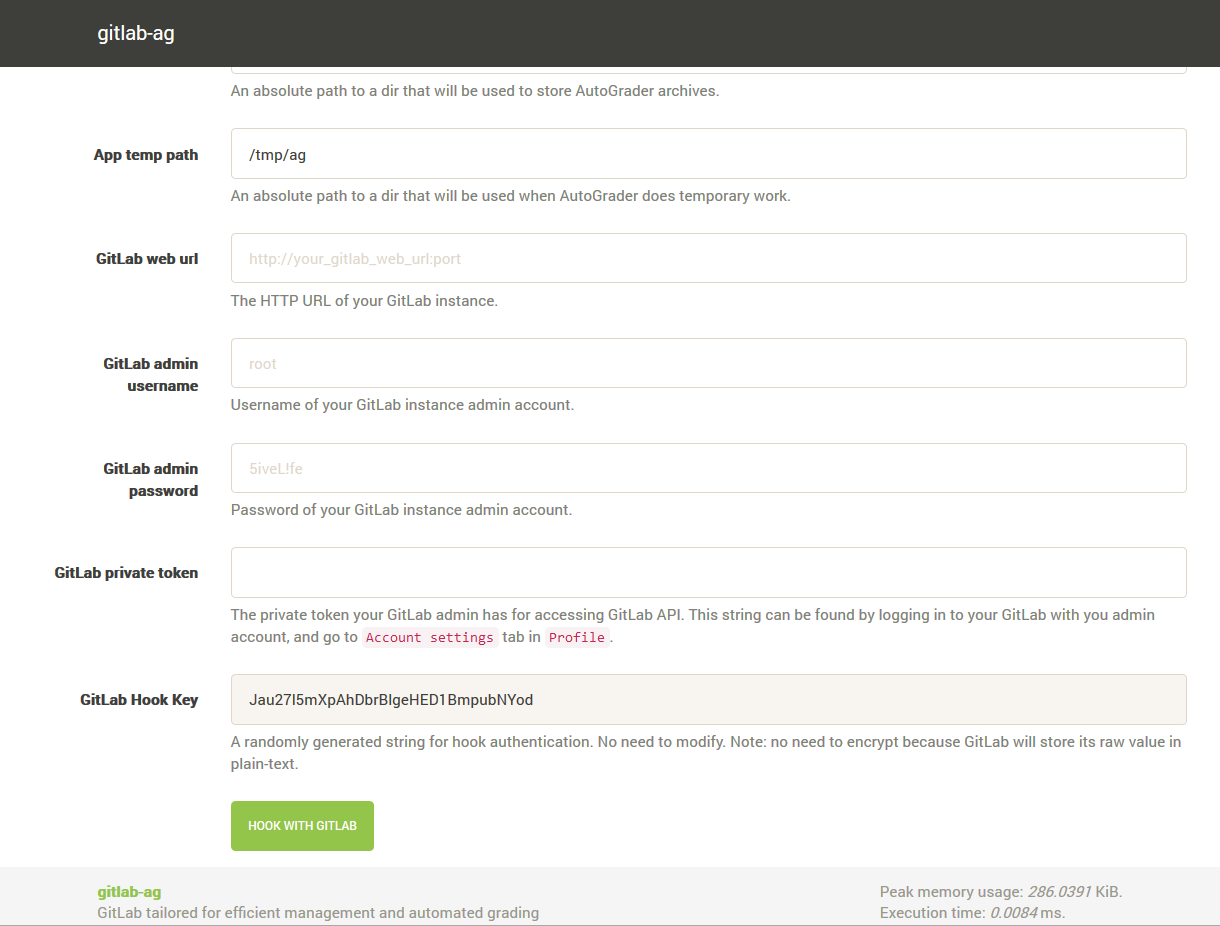 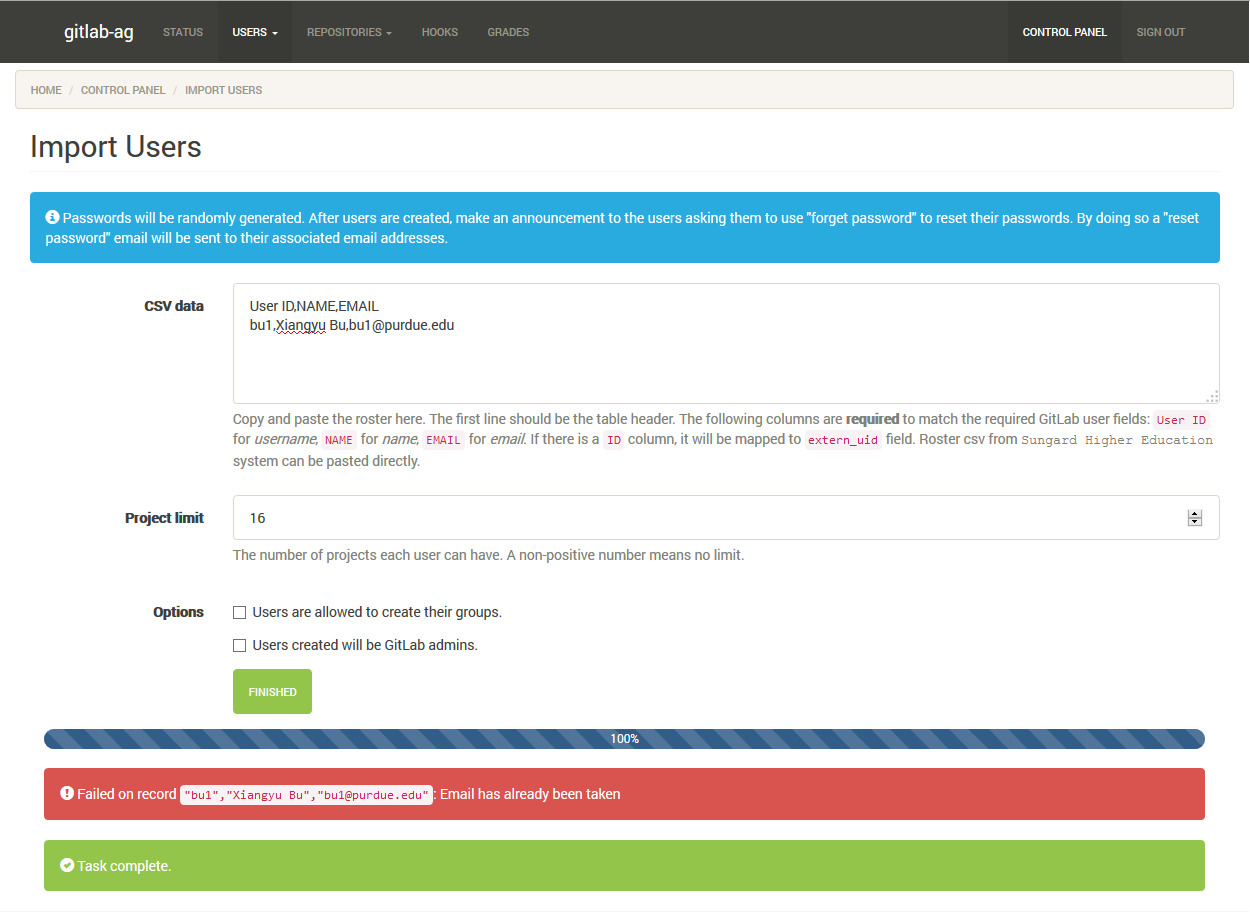 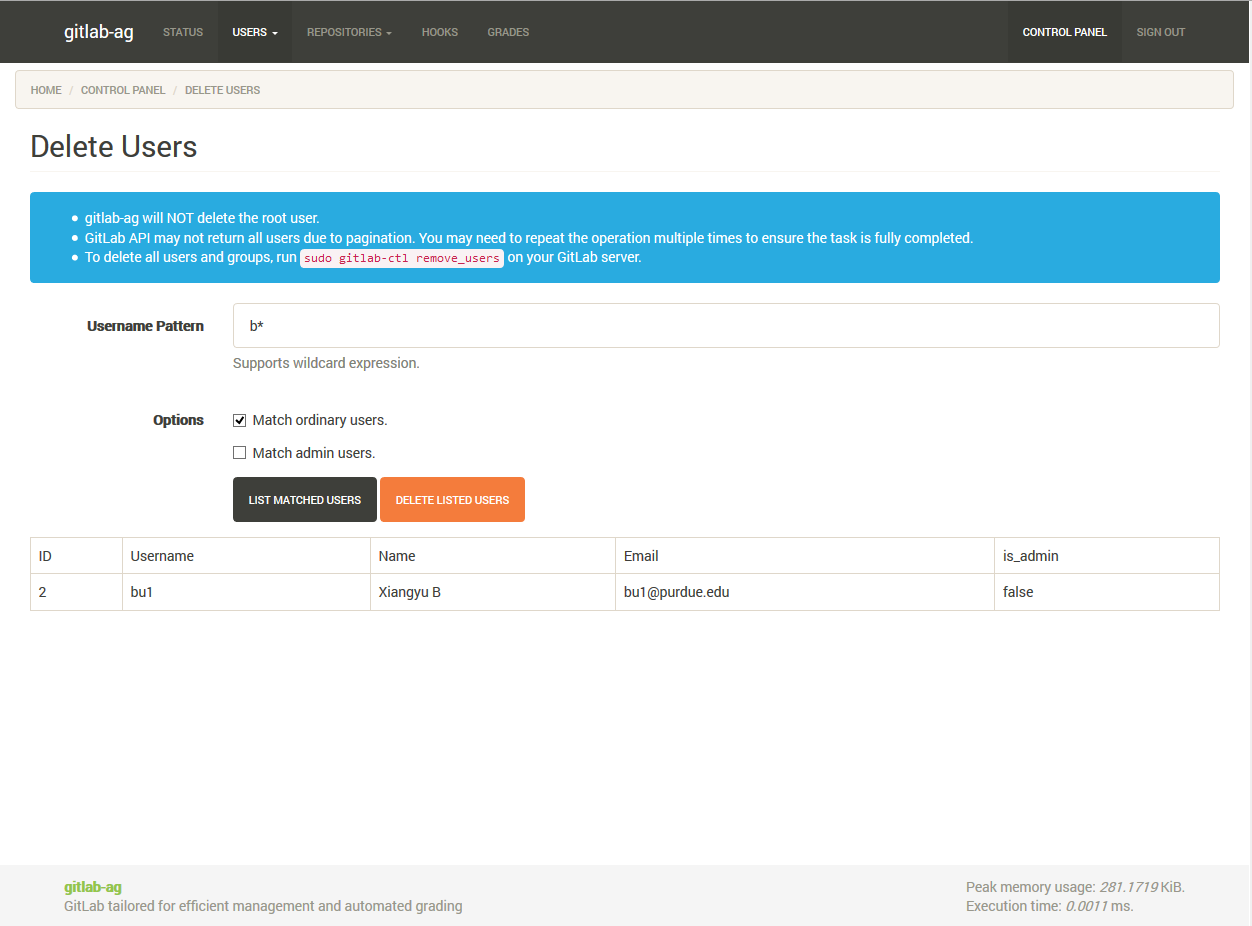 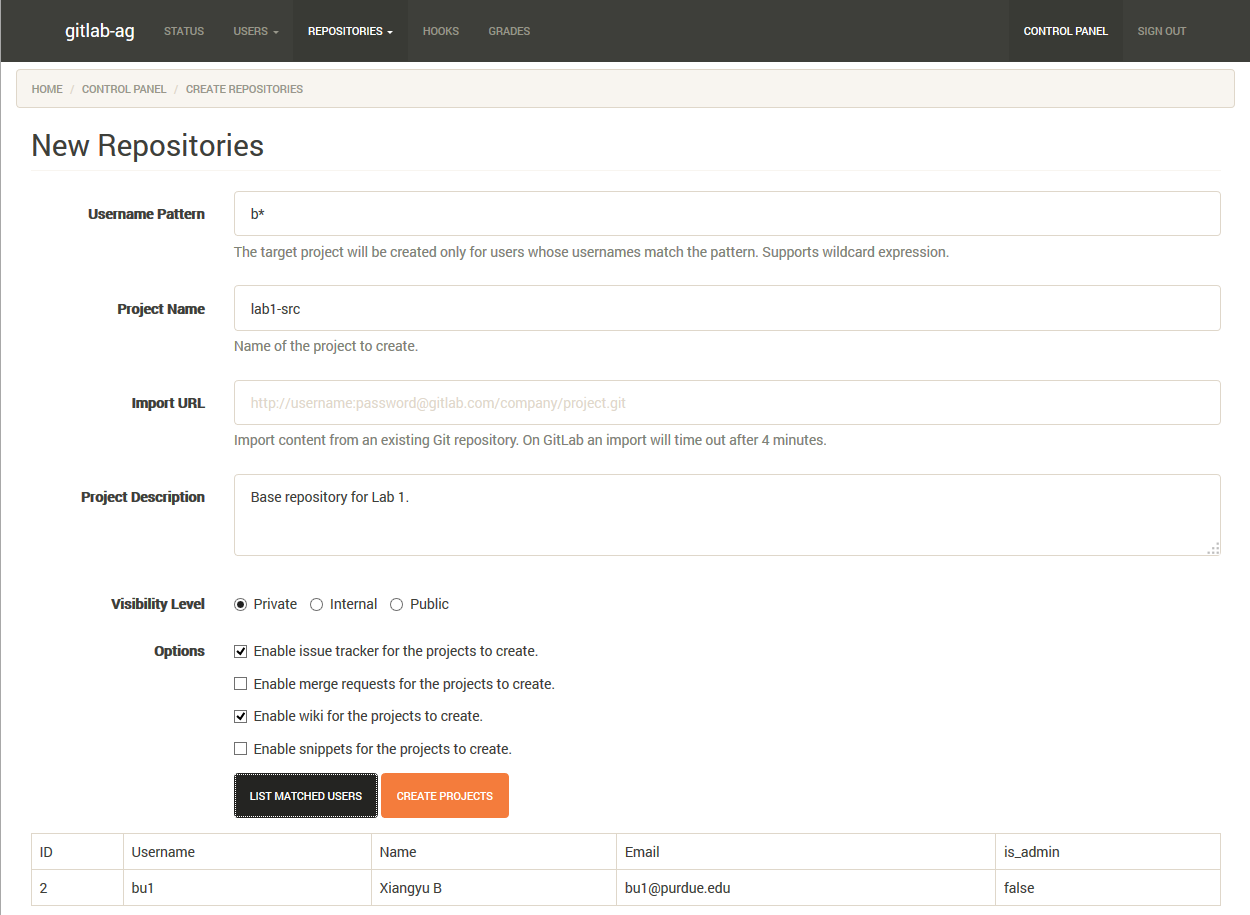 Based on my observations as a teaching assistant for Purdue CS240 course, using Git to manage student submissions makes it much easier to track their progress and detect cheating. By asking students to continuously git commit their progress on assignments and counting this progress as part of the grade, students have less incentive to risking their grade copying the source code of others. For instructors, analyzing cheating cases becomes much easier thanks to the commit log. The professor and I agreed that both students and instructors would be better off with full experience of Git. So we picked GitLab as the base, and developed gitlab-ag to add extra features we want.

With standardized environment, streamlined and sandboxed execution of untrusted code (sorry to say this, but we as instructors cannot trust any student program unless we have read its source code carefully), and automatic generation and notification of grades, grades become less biased. Instructors have more time to help students, and students can know their grade shortly after their submission is graded.

There are two noticeable changes from the last update of AutoGrader project: